In the frame of the ANR MODAL project (Task 2), Ifremer is in charge of the development of a new in situ instrument called “TIPS” (Temperature, Inclination and Pressure Sensors) to measure the evolution of pore pressures and deformation in the sediment with the aim of identifying landslide precursors prior to failure events. END_OF_DOCUMENT_TOKEN_TO_BE_REPLACED

One of the final aim of the MODAL project (Task 6) is to define, characterize and quantify the possible hazard sources involved in the study area: earthquakes, pore pressure and strain softening associated to creeping. This task will ultimately define the probability of occurrence of a given mechanism and its associated probability of slope failure.
END_OF_DOCUMENT_TOKEN_TO_BE_REPLACED One key objective in the MODAL long-term monitoring approach is to identify possible links between groundwater flow through coarse-grained marine sediments and their associated leaching of clays which supposedly weakens the latter and may cause sediment creep and, eventually, failure. The instrument to identify and possibly quantify such groundwater seepage is the Radon (Rn) probe KATARINA, a prototype of which was recently purchased by MARUM. The innovative, one-of-its-kind marine Rn instrument developed by HCMR Athens monitors radioactivity in fluids and will be a powerful means in assessing whether elevated Rn content, a proxy that will unravel effects of transients Var river discharge or non-confined aquifer activity, will positively correlate with elevated pore P transients measured by the IFREMER piezometers. END_OF_DOCUMENT_TOKEN_TO_BE_REPLACED

Marum’s application was validated on November 27, 2018, by an expert panel: the German institute will connect several instruments on the EMSO-Nice cabled observatory, proposed for Transnational Access (TNA) to European research or industrial teams in the framework of EMSO-Link project. END_OF_DOCUMENT_TOKEN_TO_BE_REPLACED

During the Fluid3D campaign (november 2018, R/V L’Europe), a new investigation of both seafloor morphology and water column was done between 10 and 300 m water depth in the frame of the MODAL project by using the ME70 and EM2040 multibeam systems. New DTMs with a horizontal resolution of 2 to 1 m were made. END_OF_DOCUMENT_TOKEN_TO_BE_REPLACED 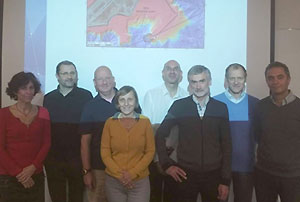 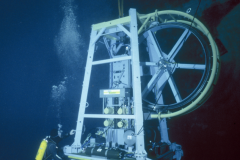